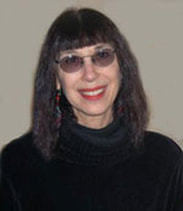 Carolyn Boriss-Krimsky is a playwright, visual artist, arts writer and award-winning co-author of Yoko Ono: Collector of Skies. She graduated from New York University, where she worked with printmaker Robert Blackburn, and Mercedes Matter, painter and founder of the New York Studio School in Greenwich Village. Exploring multi-media throughout her life, Boriss-Krimsky sees playwriting as a collaborative extension of visual art, incorporating words instead of paint. A member of The Playwright and Directors Unit at the Actors Studio in New York City, as well as Writers@LargeNYC in NYC and Write On in Boston, she also attends HB Studio's playwriting practice in the West Village. Her work explores art, love, loss, boundaries, and obsession.​
​
Selected Readings and Productions:
​
Numbers, (full-length) staged reading with talkback at the Actors Studio, directed by Lori Kee, NYC, 2019 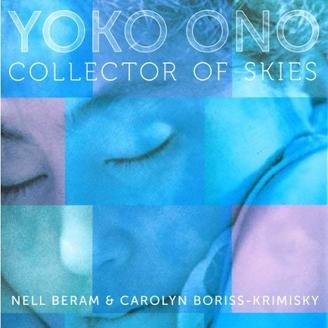 Boriss-Krimsky also co-wrote an award-winning biography of Yoko Ono, titled Yoko Ono: Collector of Skies, published by Abrams Books, NYC in 2013. The book, considered one of the best books with significant feminist content for young adult readers, made the Amelia Bloomer Project List in 2014, YALSA’s Outstanding Books for the College Bound 2014 list, and the Cooperative Children’s Book Center’s Choices 2014 title. Jack Feerick in Popdose describes the book as "an invitation to consider a world in which Yoko Ono the artist can be considered in herself, not as half of a famous marriage." See full review. And Ann Angel, author of Janis Joplin: Rise Up Singing, wrote, "This stunning biography is of a beautiful soul whose impact spans the globe and whose art has forged new ways of seeing the world." See full review. The book is available for purchase, or as an audio version from Audible (read by actor Allison Hiroto).

Focusing primarily on the multimedia work of women artists, Boriss-Krimsky has also written for arts magazines. Selections from her published arts writings include: Multimedia Pioneer: An Interview with Yoko Ono, (Ruminator Review, 2002), Yoko Ono: Art of the Mind (Art New England, October/November 2001), Self-taught Art; Who are the Outsiders in 'Outsider' Art?' (Art New England, December 2000/January 2001) and The Art of Public Conversation: A Look at Anna Deavere Smith and the Institute on the Arts and Civic Dialogue, (ArtsAround Boston, Summer 2000).

After teaching in public school, colleges, art studios, mental health centers and Boston's Museum of Fine Arts, she wrote a highly regarded art education book called The Creativity Handbook, published in 1999 by Charles C. Thomas Publisher in Springfield, IL. The book is meant to demystify the art experience, and support the artistic vision of the child/adolescent. In Cambridge, MA, Boriss-Krimsky co-founded and co-directed the Sacramento Street Gallery, a community platform for art exhibits and poetry readings. She also created and ran an innovative art salon for young children and teens, called Artspace. As an artist, she's best known for monotypes that merge painting, printmaking and collage into fragmented visual dialogues. Like her plays, they examine boundaries, connections and the search for wholeness.